The mis-conception that urinary incontinence is a ‘women’s issue’ is not only damaging to the mental health of the many men who suffer the condition, it can also be dangerous. In some cases, urinary incontinence problems are a symptom of a more serious issue, such as an enlarged prostate or type 2 diabetes, yet because men are too embarrassed to discuss them, these issues go undiagnosed and untreated.

Even if there is no serious underlying cause, hiding urinary incontinence can still be damaging to both your physical and mental health. One study in Australia found that half of men with incontinence problems avoided going out if they were unsure of the availability of toilets, and over a quarter avoided socialising altogether. This can not only lead to social isolation and depression, it can also take a physical toll, with lack of physical activity resulting in an increase in weight and a decrease in overall muscle strength.

You are not alone
While urinary incontinence is more common in women, often as a result of childbirth, it is also a problem for many men. Some studies put the figure at one in twenty men over 18, and one in ten over sixty, while other studies suggest as many as one in four men over forty have continence issues. Unfortunately, due to the reluctance of men to discuss these problems, even with their GP, the real figure may never be known. Suffice to say, if you are a man suffering from urinary incontinence, you are certainly not alone.

Causes of urinary incontinence in men
As discussed above, one significant cause of urinary incontinence in men is problems with the prostate. An enlarged prostate can block the urethra, while prostate surgery to remove an enlarged or cancerous prostate gland can weaken the muscles around the bladder and urethra. Incontinence can also be caused by urinary tract infections, and in this case, it will usually be temporary and can be cured easily with the right antibiotics.

Of course, not all incontinence is caused by disease. Excess weight and low levels of physical fitness can also put a strain on the pelvic floor and the bladder muscles causing leakage. If this is the case, you can improve your symptoms easily by making simple lifestyle changes, such as losing weight, stopping smoking and becoming more physically active.

Don’t be ashamed
Many men wait years before seeking help with incontinence issues; years in which they have to hide their condition from friends and family and suffer in silence with an ever-decreasing social life. Yet in this time, they could have been getting treatment that would have cured their problem, or at the very least practical and moral support. More importantly, they could have received treatment for conditions such as prostate cancer, which are much more effective if started early.

Incontinence in men is nothing to be ashamed of, and it could be an indicator of something more serious that needs treatment now, so it is vital that you speak to your GP if you have any problems. They have seen it all before and will treat your condition just like any other health issue, with no stigma or shame, and they could help you cope, or even cure your condition. It’s not just a ‘women’s issue’, it’s your issue and you don’t have to face it alone. 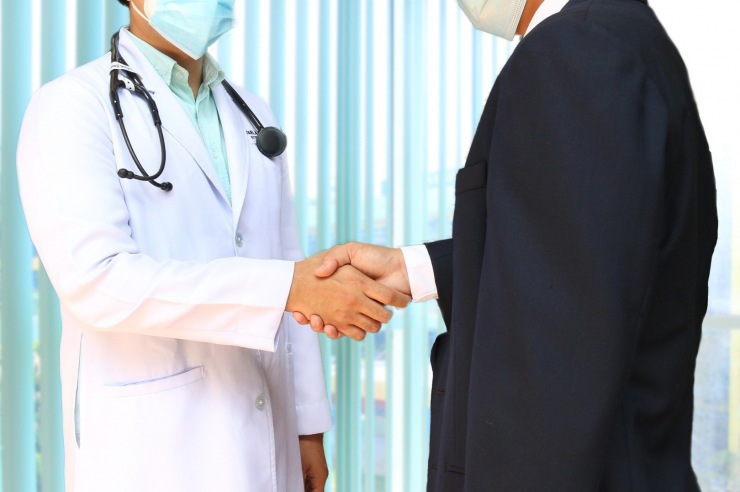 Not Just An Inconvenience

In the vast majority of cases, incontinence is nothing serious to worry about. It is a common side-e...